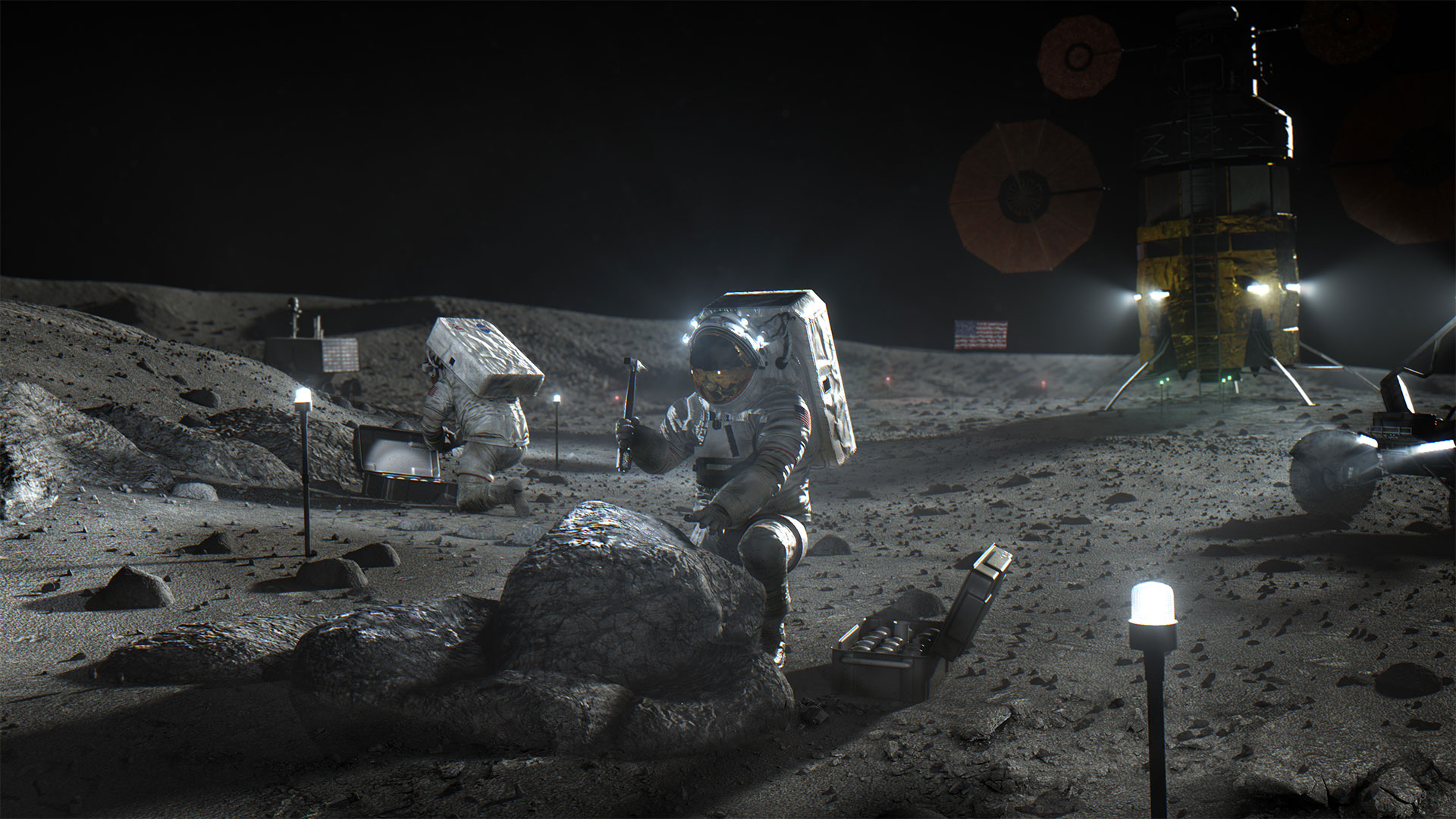 Are you curious about what’s up in space? If so, then this essay is for you. Let’s get started!

Satellites are an important part of our world today. They play a vital role in telecommunications, weather monitoring, navigation, reconnaissance (spying), and studying our planet’s environment from space.

Why Are Satellites Important?

Satellites play an important role in our everyday lives – we use them to watch TV shows or movies from anywhere in the world; make phone calls; get directions while driving; track severe weather conditions like hurricanes or tornadoes; and even surf the internet. Without satellites we would be unable to do any of these things because they help us communicate with people all over the globe instantaneously and gather information about what is happening on earth without having to be there ourselves. There are many reasons why satellites are important. Here we will mention just a few:

So overall, there is no doubt that human-made satellites play a very important role in our society today, and is likely to continue playing a significant role in our future.

Ultimately, which type of satellite is best for a particular application depends on a variety of factors including cost, capability requirements, and schedule constraints.

The history behind rockets has been long with vast improvements along the way. There’s no doubt about it - rockets fascinate everyone from all walks of life for many reasons: whether its for scientific curiosity or simply because witnessing something blast off into space never gets old. To provide some background information on what exactly constitutes as a “rocket” or “launch vehicle” let’s explore these concepts in further detail below:

It should also be noted that rocket technology has not only been used for space travel but also weaponry including ICBMs (Inter Continental Ballistic Missile) such as Soviet Union’s R-36M “Satan” missile which had an operational range of 10,200 – 16,000 kilometers.

Human spaceflight is an activity that has been ongoing for centuries. The first successful launch of a human-rated launch vehicle occurred on April 12, 1961, when Russian Cosmonaut Yuri Gagarin was sent into orbit aboard the Vostok 1 spacecraft. However, less than a decade later on January 27 1968 U.S Astronauts Gus Grissom, Edward White II and Roger Chaffee died in a fire during testing for Apollo 1 mission. Despite this setback NASA continued to press forward leading to Neil Armstrong becoming first human to walk on the moon on July 20 1969. Since then there have been many other accomplishments in human spaceflight such as Sally Ride becoming America’s first woman in space or Gennady Ivanovich Padalka spending 879 days aboard Mir (Russian space station) and the International Space Station (ISS).

The history of rockets and launch vehicles is fascinating and spans many countries and technologies. There is no single inventor of rockets and space launch vehicles. Instead, it is a culmination of many different technologies and ideas that have been developed over centuries. The first recorded attempt to launch something into space was by Chinese scientist, Wan Hu, who built a rocket powered by 47 gunpowder-filled rockets strapped to a chair in the 4th century BC. Unfortunately, Wan Hu’s invention failed miserably and he was killed in the explosion. However, it was not until the early 1900s that any real progress was made in terms of developing successful launch vehicles that could reach beyond Earth’s atmosphere. Here is a brief overview of the technical history of launch vehicles:

But regardless of their specific design or purpose, all modern launch vehicles owe their existence to those early pioneers who first dared to dream about exploring beyond our planet’s boundaries. Today’s launch vehicles are more advanced than ever before, thanks to new technologies like 3D printing and composites materials. They are also becoming increasingly reliable; according to NASA, only one out of every 100 launches results in failure nowadays compared to one out every three launches 50 years ago. This makes it possible for us not only to explore our own solar system but also embark on deep-space missions that were once considered impossible dream.

Some launch vehicles may be better suited for launching people into space while others may be better equipped for sending satellites or other scientific equipment into orbit around Earth. It is important to understand the differences between these types of launch vehicles so that the right one can be chosen for each individual mission. For example, a satellite launcher needs only enough velocity to place its payload into orbit around Earth, while a human mission requires much higher velocities in order to escape Earth’s gravity well. In addition, factors such as atmospheric drag, gravitational losses from planetary bodies, and thrust efficiency must all be taken into account when designing a launch vehicle.

Liquid propulsion systems are currently used on most launch vehicles due to their high efficiency and reliability. However, solid propellants have some advantages over liquids including lower cost per pound of propellant mass delivered. And while hybrid systems combining elements of both liquid and solid propellants offer some potential benefits they also introduce additional complexity and risk. Hybrid engines can offer better performance than either pure liquid or pure solid engine cycles but at added cost. So there is no clear consensus among experts about which system type will eventually dominate future launches.

Solid propulsion systems are also used on some launch vehicles due to their simplicity and low cost relative to liquid systems; however they are less efficient than liquids so they are typically only used for smaller payloads or lower orbits where efficiency isn’t as important.

Hybrid propulsion systems combine elements of both liquid and solid systems by using a liquid fuel source with a solid engine system. This offers the benefits of both types of engines while avoiding some of their drawbacks.

Liquid engines use gas such as hydrogen or oxygen to create combustion in a combustion chamber located within the engine nozzle. This gas is then forced out of the nozzle at high speed to provide thrust for lift-off.

System performance can be quantified by looking at three main parameters: specific impulse (Isp), exhaust velocity (Vex), and propellant mass fraction (PMF). These parameters determine how much payload can be delivered to orbit versus how much mass must be dedicated to propellant tanks. Critical parameters related specifically to SCC include chamber pressure, ignition delay, burn time, mixture ratio, and turbopump speed.

Ways to Launch Payloads to Orbit

There are many different types of orbits a satellite can travel in, but for the sake of this essay, we will focus on the four most common: Low Earth Orbit (LEO), Polar Orbit, Medium Earth Orbit (MEO), High Elliptical Orbit, and Geosynchronous Orbit (GEO).

Low Earth Orbit is by far the most popular orbit for satellites due to its proximity to our planet. Satellites in LEO orbit at an altitude between 160 and 2,000 kilometers above Earth’s surface. This makes it ideal for telecommunications and weather monitoring because it allows satellites to move quickly across the globe.

Polar Orbits are also popular among satellites because they offer great views of both poles. These orbits travel from north to south or south to north along a polar axis and typically have an altitude of 800-1,200 kilometers.

Medium Earth Orbits are used mainly for navigation purposes as they provide accurate positioning information thanks to their higher altitudes (usually around 20,000 kilometers).

Highly Elliptical Orbits are used when a satellite’s primary objective is not staying in one place over earth but rather collecting data from various locations at different times during its orbit around earth. These orbits have very high altitudes - up to 35,786 kilometers - and elliptical paths that take them far away from our planet before bringing them back close again.

Lastly, there are Geosynchronous or Geostationary orbits which keep satellites stationary relative to a fixed point on Earth’s surface. These orbits require an altitude of 36,000 Kilometers and must be located above the equator so that they remain aligned with our planet’s rotation. The main benefit of these types of orbits is that ground controllers can communicate with satellites without having shift their antennas all over the place.

Since the launch of Sputnik 1 from the Baikonur Cosmodrome in 1957, 28 spaceports around the world have been used to launch satellites into orbit. These spaceports, similar to airports or seaports, are physical sites encompassing a launchpad and/or runway with support facilities for launching space vehicles. There are currently 22 active spaceports globally, including five locations in the United States that carried out at least one (non-experimental) orbital launch attempt in 2020. Some of these spaceports support reentries for reusable launch vehicles.

The most common type of launch site is a government-run spaceport. These facilities are typically operated by a national space agency or military branch, and they have extensive infrastructure to support launches as well as ongoing operations in orbit. Government spaceports usually offer access to restricted airspace and other benefits that make them attractive for certain missions. However, their high costs and bureaucratic procedures can be prohibitive for some applicants.

Commercial spaceports are privately-owned facilities that cater to customers who need access to space but don’t want or need the capabilities offered by a government spaceport. These sites often have less stringent regulations than their public counterparts, which can speed up the approval process for launches. They also tend to be much cheaper than government-run facilities; however, commercial spaceports may not have all the amenities you need in order to prepare for your mission.

Finally, there are also so-called “open” or “unmanned” launch sites which allow anyone with proper authorization to conduct launches from their property (assuming they meet safety requirements). While these locations lack some of the features found at other types of launch sites, they can be useful if you’re looking for an isolated area with few restrictions on where you can go.

There are different types of launch sites, but all have the same goal: to send payloads and launch vehicles into space. The type of launch site that is best for your mission depends on a variety of factors, including the size and weight of your payload, the location and availability of resources, and regulatory requirements.

“We set sail on this new sea because there is new knowledge to be gained, and new rights to be won, and they must be won and used for the progress of all people.” - John F. Kennedy